Mazatlán Femenil continues at the bottom of the table Photo: Fausto McConegly | The Sun of Mazatlan

Isaac Chavez | The Sun of Mazatlan

Mazatlán FC Femenil will hold its third game of the campaign this Monday at 6:00 p.m., when it faces Rayadas del Monterrey , in a game that will be difficult for the Cañoneras who want to rebuild the path.

The canyon team lost at home the previous day by a score of 2-0 against the red and black Atlas, and professor Jesús Padrón knows that it will not be easy to get the result from some Rayadas , who started the championship well by winning 2-0 to Puebla and 2-1 to Santos.

It may also interest you: Mazatlán Femenil Sub-18 falls to León

Las moradas, are at the bottom of the general table, due to the goal difference , but they are sharing a locker with the teams that have not added, such as Querétaro , Pumas , Necaxa , Toluca and Puebla . 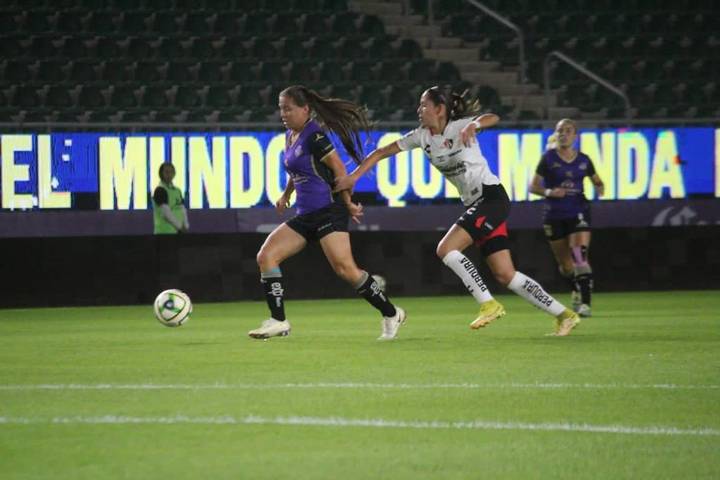 The houses want to end the royal hegemony Photo: Fausto McConegly | The Sun of Mazatlan

Although Mazatlán ‘s path in the League has not been very good in recent tournaments, with the addition of Cris Torres, who made his debut last game, he added more dynamism and offensive speed to the game.

The lack of a goal in the game against Atlas was something that diminished them, so they worked throughout the week to find that much- awaited goal that could give them victory , and adjust the defensive part , which will have a lot of work with Christina Burkenroad and Aylín Avilés from Culiacan .

Now Mazatlán hopes that Yuliana Mora and Cris Torres will connect , who, given the loss of Magali Cortés , who continues to be suspended, will be the weapons to try to end that regal hegemon

They release access to the breakwater of the Lighthouse; It was closed since the pandemic – El Sol de Mazatlán

They release access to the breakwater of the Lighthouse; It was closed since the pandemic – El Sol de Mazatlán

Starting May 1, Aeroméxico will become the first airline to fly from Felipe Ángeles International

Officially, the Mexican Soccer Federation in collaboration with the MX League announced the new changes

CFE launches new Internet and Telephony, these are its packages

GDLuz Festival celebrates the 481st anniversary of the founding of Guadalajara

On the occasion of the 481st anniversary of the Guadalajara Foundation, the Gdl Luz festival will

This Valentine’s Day, name a cockroach after your ex and watch them eat it. | Photo: Facebook San

Due to valve failure in Villas del Rey, there will be no water in 10 neighborhoods this Wednesday

MAZATLÁN._ Several neighborhoods and subdivisions of Mazatlán will be left without a drinking water supply

MAZATLÁN,- The crisis in the port continues with the Mazatlán FC Women’s squad, and now

We use cookies on our website to give you the most relevant experience by remembering your preferences and repeat visits. By clicking “Accept”, you consent to the use of ALL the cookies.
Do not sell my personal information.
Cookie SettingsAccept
Manage consent

This website uses cookies to improve your experience while you navigate through the website. Out of these, the cookies that are categorized as necessary are stored on your browser as they are essential for the working of basic functionalities of the website. We also use third-party cookies that help us analyze and understand how you use this website. These cookies will be stored in your browser only with your consent. You also have the option to opt-out of these cookies. But opting out of some of these cookies may affect your browsing experience.
Necessary Always Enabled
Necessary cookies are absolutely essential for the website to function properly. These cookies ensure basic functionalities and security features of the website, anonymously.
Functional
Functional cookies help to perform certain functionalities like sharing the content of the website on social media platforms, collect feedbacks, and other third-party features.
Performance
Performance cookies are used to understand and analyze the key performance indexes of the website which helps in delivering a better user experience for the visitors.
Analytics
Analytical cookies are used to understand how visitors interact with the website. These cookies help provide information on metrics the number of visitors, bounce rate, traffic source, etc.
Advertisement
Advertisement cookies are used to provide visitors with relevant ads and marketing campaigns. These cookies track visitors across websites and collect information to provide customized ads.
Others
Other uncategorized cookies are those that are being analyzed and have not been classified into a category as yet.
SAVE & ACCEPT